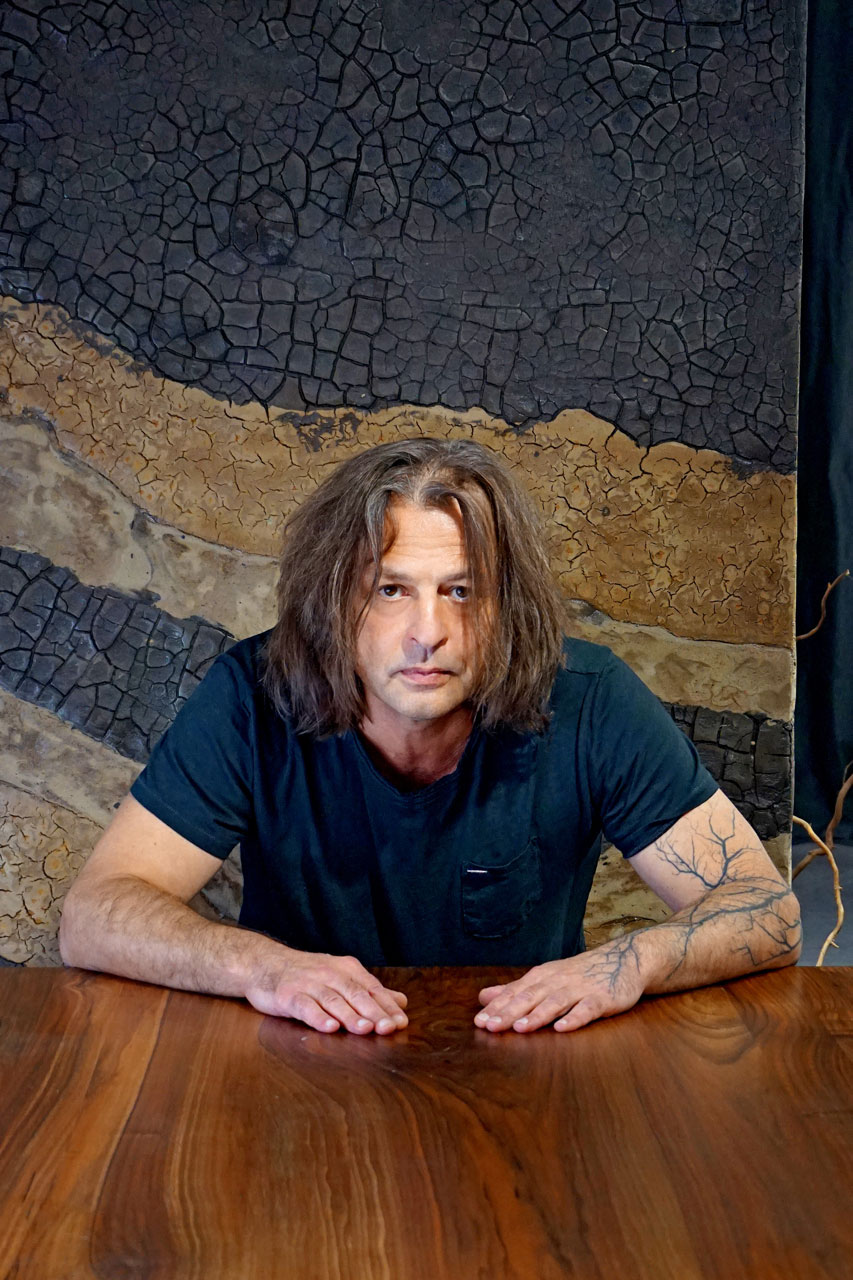 The beauty of the blossomed bud, respect of life to life, the soul of the place, the wisdom of the forest, the love of the earth, all of it is lying at the core of the principles of our work, our relationship to nature and to the world. The main principle says simply: “You have to walk on the ground with a whisper”.

Yuri Ryntovt is not a simple architect and designer — his perception of the surrounding world and the permanent and singular dialogue that he maintains with the world’s metaphysical essence permeate his creations with spirituality. He has built his way of thinking and working on this philosophical base. His office and woodshop are located in a unique location with a garden near the river in the city of Kharkiv.

His initial interests led him to create pieces of wooden furniture with no additional metallic parts — similar to the obsessively detailed work of a cabinetmaker. Nowadays, he works on projects based on the interpenetration of branches and logs in wood boards. Or he vitrifies the mythical black earth of Ukraine, making amazing pieces of furniture which reveal the intangible link that connects him to his ecosystem and to his country.

His “art-objects”, as he calls them, are at once a creative manifesto, conscience awakeners and a warning for future generations of what shall be preserved in order to hopefully reconnect with primitive happiness.

Each place or object created by Yuri Ryntovt is an ode to nature, to earth and to life.